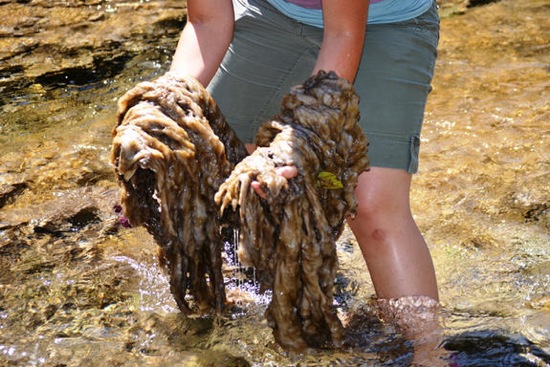 A pesky species of algae — sometimes called “rock snot” due to the way its tendrils attach to rocks in waterways — is infiltrating parts of eastern Canada due to global warming and not accidental introductions from humans tromping around, a new study suggests.

Outbreaks of didymo, as the species is called, have been reported in the United States, New Zealand, Europe and Canada in recent decades, causing policymakers and many scientists to say humans transported the algae. Fossilized algae in lake sediments, however, tell a different story. Read the rest of the story. . .