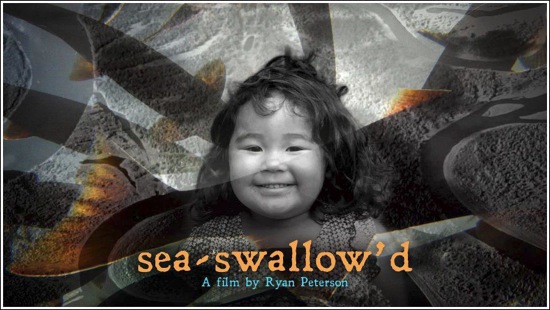 Ryan Peterson is making a trip from Alaska to Nor’East TU to present to us his incredibly impactful short film “sea-swallow’s.” He exposes the faces of Bristol Bay and the truth about Pebble Mine. This Trout Unlimited sponsored piece should not be missed. Mark your calendars for this unique chapter event.

Here is a quote from the ArtsAlaska.org film festival where the film premiered:


There are films that change your mind, that get into your consciousness. sea-swallow’d, by Ryan Peterson of Alaskanist Stories did this perfectly. Without words, through music and images, this film showed the faces of people living in Bristol Bay, Alaska. One by one, we saw regular people living their lives, surrounded by Alaska’s vast wilderness and the world’s most productive salmon habitat. The landscape shots, the camera work… just stellar. In this film, we saw shots that I don’t think have ever been seen before, especially in the salmon scene when the camera was underneath, looking up at, the running salmon. Jaws in the theatre dropped, audibly, during this scene. Collectively, we felt we were seeing something amazing. It was an emotional, intrinsic feeling that swept the audience, without any need to use an overt “environmental” argument. The closing words, unspoken, and image of the “No Pebble Mine” banner had the theatre erupt in applause and cheers. This was the most electric moment of the entire evening.”

Born and raised in Alaska, went to college at the University of Edinburgh, Scotland to study American History. From 2001-2005 I worked in state politics in AK, first in the office of Governor Tony Knowles, then as an aide to a legislator representing downtown Anchorage. I’ve lived, travelled and guided flyfishers all over Alaska, and this year will guide my 10th season in Kamchatka, Russia. From 2005-2012 I worked as an international flyfishing travel specialist at The Fly Shop in Redding California, arranging flyfishing trips all over the world. I recently moved home to Anchorage, where I’ve founded a production company to document the flyfishing and broader outdoor culture of Alaska. Several of the films I have worked on have received wide-acclaim within the flyfishing and fish conservation communities and beyond. Among them are sea-swallow’d which examines the relationship between humans and salmon in Bristol Bay, AK in the context of the proposed Pebble Mine, and Eastern Rises (with Felt Soul Media) a flyfishing documentary romp through Kamchatka, Russia. The later won the award for Best Mountain Sport Film at the prestigious Banff Mountain Film Festival in 2011.”

Ryan will also share with us some of his steelhead guiding and filming experiences.