On Friday, April 23, 2010 the Nor’East Chapter was well represented among the 28 volunteers who participated in First Light Anglers privately funded stocking of sea run “salter” brook trout in the Mill River. A literal bucket brigade ferried the trout from the stocking truck down a steep embankment to the river below. Once there the fish were loaded into stocking pens designed by Patrick Brown so that they could be ushered miles downstream before being released. Over 500 salters were float stocked in the Mill River and Ox Pasture Brook.

The complete story was covered in the Newbury Current. A PDF file of that article can be downloaded here. 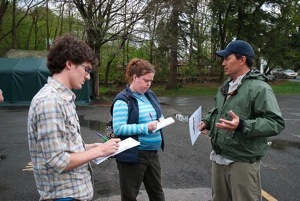 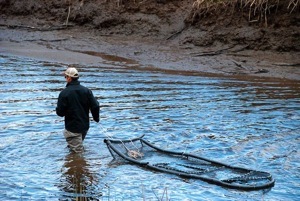 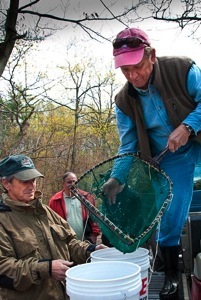 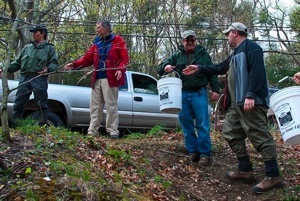 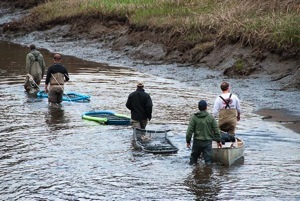